This body of work was taken in the shipyards of Gdansk, once the largest in Central Europe, however today shrinking in importance with many buildings and sites derelict and out of use, and therefore a symbol of the increasing post industrialised Western economies.
Overtowering and defining the city, the shipyards have a very profound and individual history given their strategic important geographic position: Being at the heart of the long lasting conflict of the neighbouring nations Poland and Germany, and having belonged to both, the docks have a specific historic dimension between both nations culminating as the place where Hitler’s army attacked their neighbours and started WWII.
After the war, under communist rule, they became known as ‘Stalin Docks’, the largest and most important shipyard in the Soviet block, however have also been the place of the uprising of workers resulting in the creation of the first trade union in the communist block, often seen as the start of the civil rights movement that ultimately led to the liberation of central Europe and the opening of the Berlin Wall.
Today looking at the imposing structures from the water, these are symbols of a bygone era, evidencing economic, structural and political change. 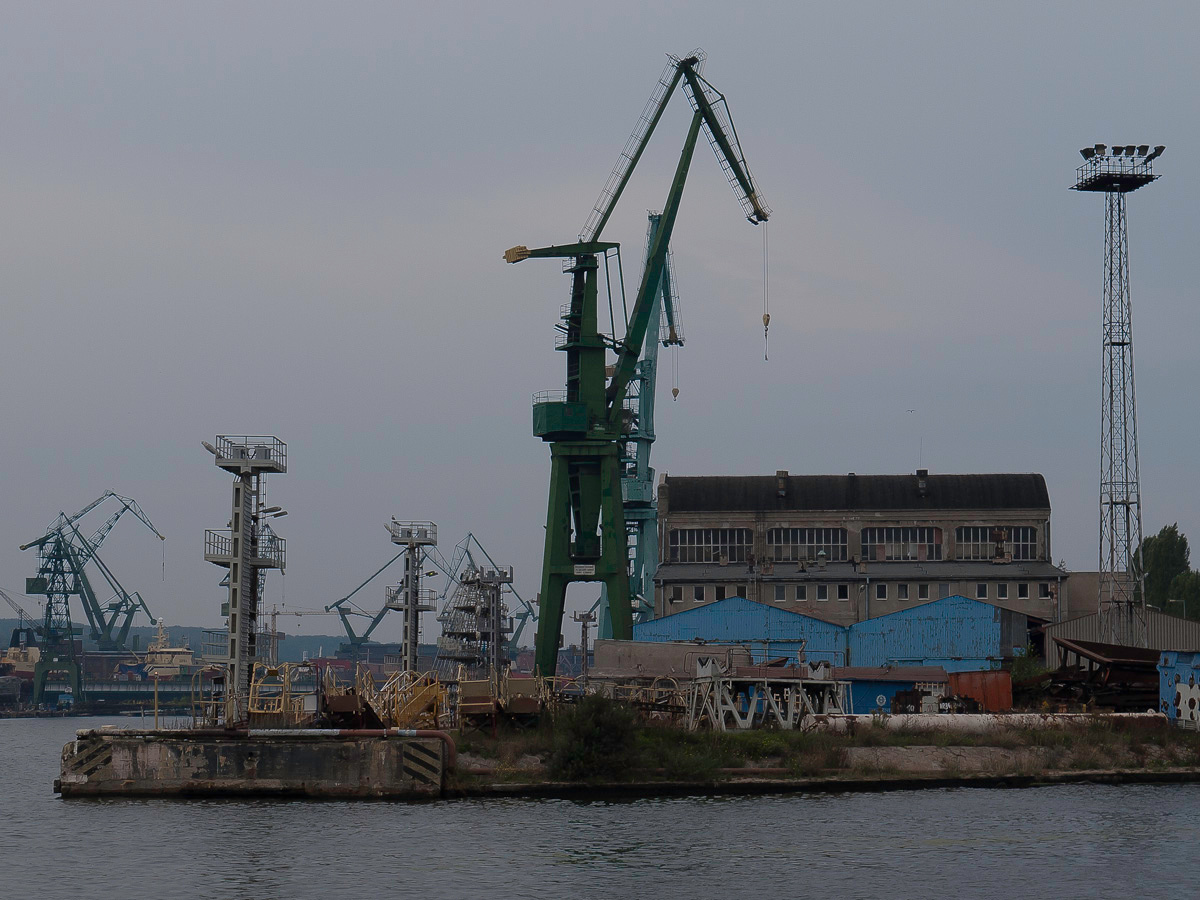